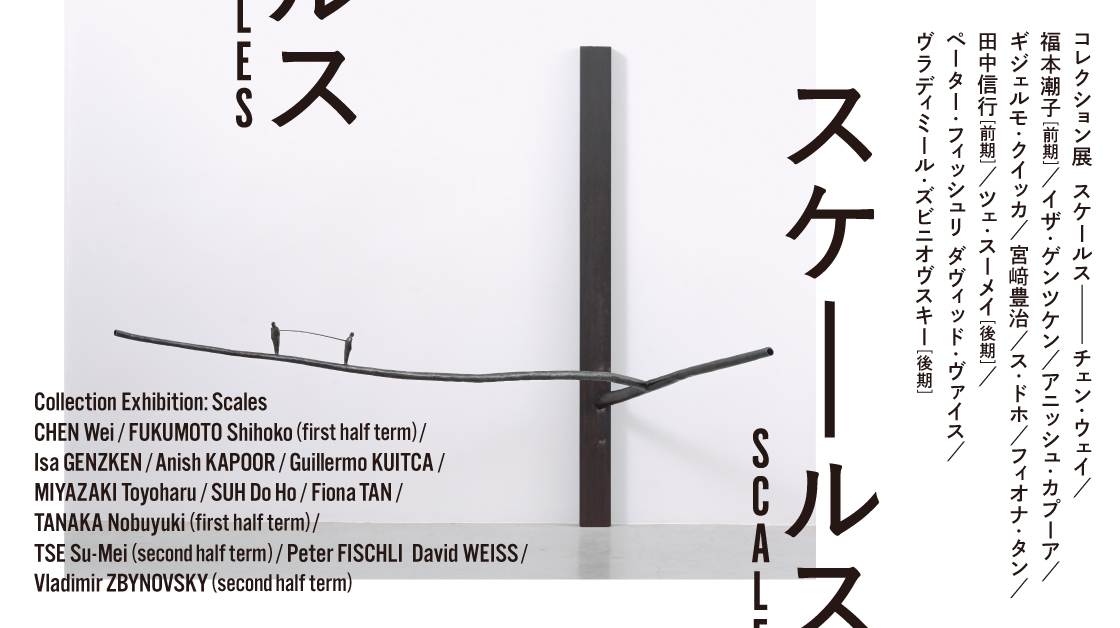 When viewing an object or space, we often sense it to be smaller or larger than we thought. This occurs not simply because of the “size” of the object or space but because our perception arises, relatively, from our viewing position as well as our physical memory of a relationship with the object or space. This exhibition will look at “scale”—a variable based on our relationship with an object—as opposed to “size,” a measurable attribute.
Works by the Museum’s collected artists will be displayed in seven galleries having different proportions. In every case, the world expressed by the work—that of landscape, void, resonant sound, personal memory, or the time of plants and inorganic objects—is difficult to measure and will appear different depending on our scale of measurement. This exhibition will give viewers occasion to ponder the varying scales we continually form with our senses. 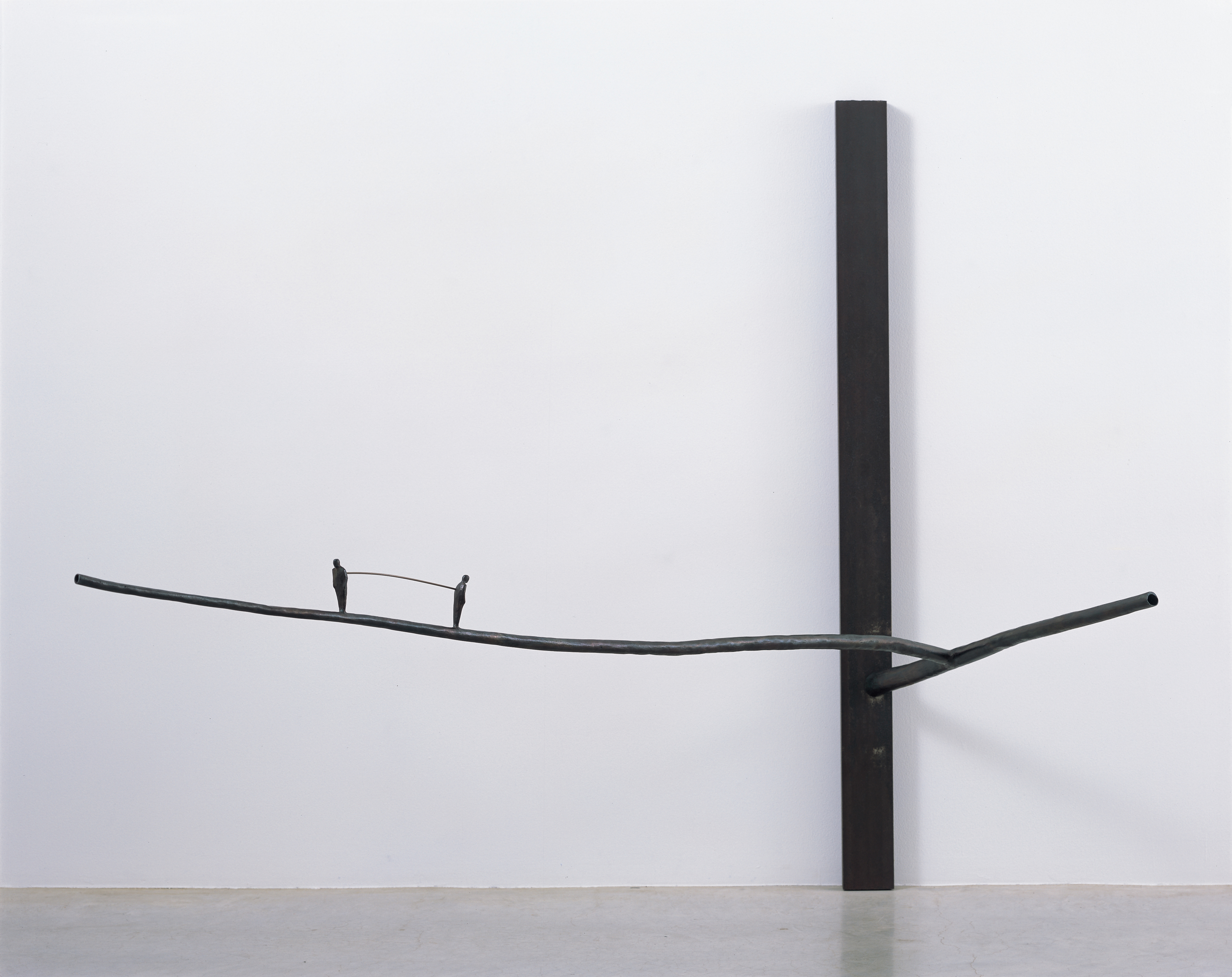 Born in Kanazawa, Ishikawa, Japan in 1946. Lives and works in Kyoto.
Second-born son of teakettle artisan MIYAZAKI Kanchi XIII, Miyazaki Toyoharu graduated from Kanazawa College of Art where he majored in sculpture. Strongly influenced by conceptual art, he began using a variety of different materials such as wood, iron, copper, and brass in his work. In 1979, he began a series titled “Personal Life Model,” in which, centering on his own body, he incorporated ideas such as the size of different body parts, the environment and landscape surrounding him and his own personal memories, for which he attracted attention. “The Garden Below” series, begun in 1988, adopted the same form as “Personal Life Model” but created a much more profound world, the outcome of which was a universal representation of the memories of an extremely private artist. 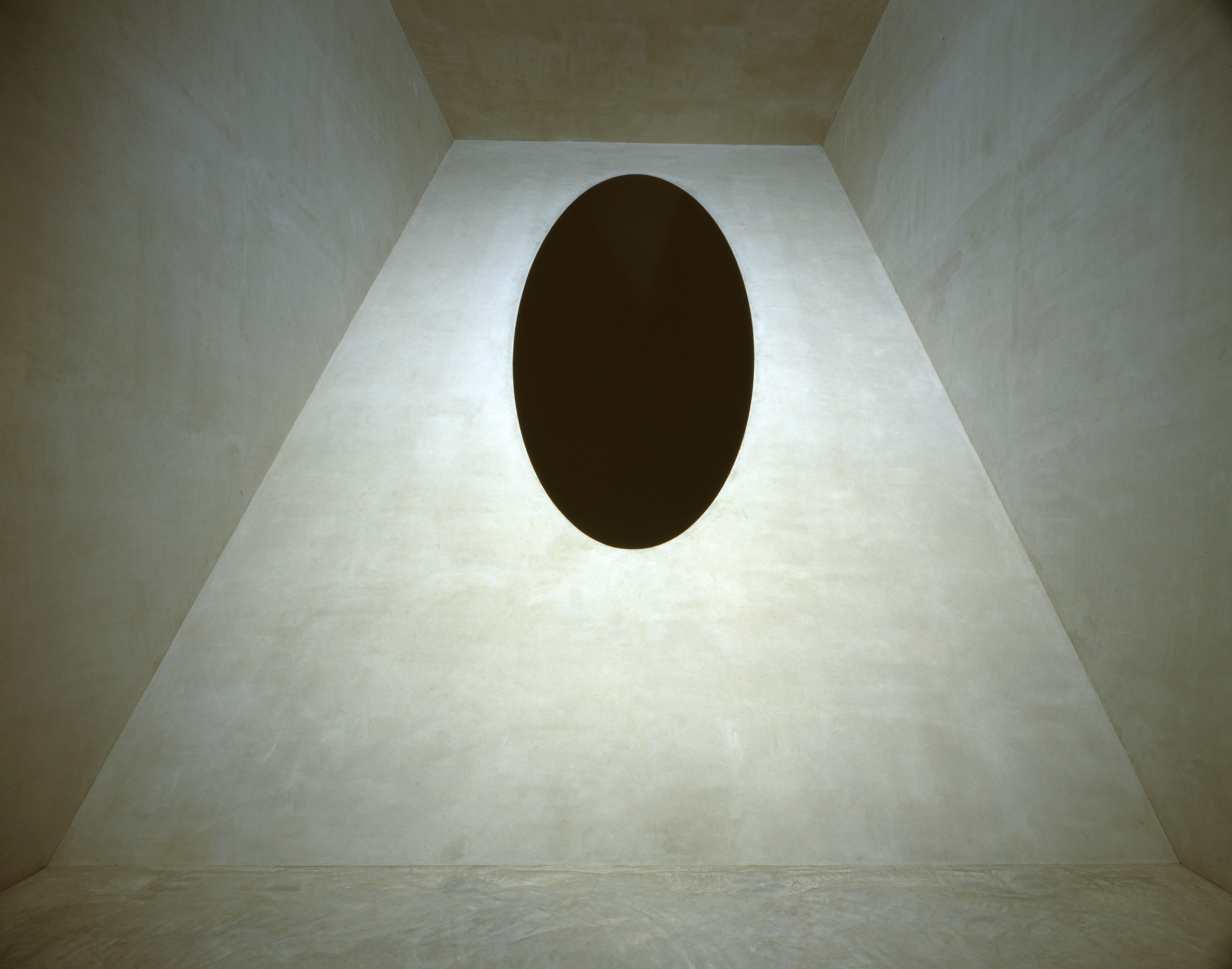 Born in Mumbai, India in 1954. Lives and works in London, UK.
Anish Kapoor came to England in 1973 to study art first at Hornsey College of Art and then at Chelsea School of Art and Design. From the late 1970’s, he began to exhibit his work. At the beginning he produced many sculptures covered with pigments on the surface. Later, these pigment works began to reveal openings, this lead on to works which look like cave entrances, or a crack in the earth, covering the inside of a crevice or hole made in the bedrock-like floor with pigments. His works constructed with varied materials always urge us to reconsider our vision and usual perceptions. In the unknown world generated beyond dimensions, Kapoor’s own views on human existence and life are reflected.
※This artwork is usually displayed as permanent exhibits.

Born in Bad Oldesloe, Germany in 1948. Lives and works in Berlin.
At the beginning of the 1980s, Genzken became known for her large-scale floor sculptures. Later she began to produce works using many different media, including oil painting, photography and film. She continues to produce pieces that place two opposing concepts on a single platform: roughness and delicacy, openness and closure, transparency and opaqueness, and so on. Genzken is an artist who juxtaposes careful calculations and unpredictability, and tries to make the two properly balanced. 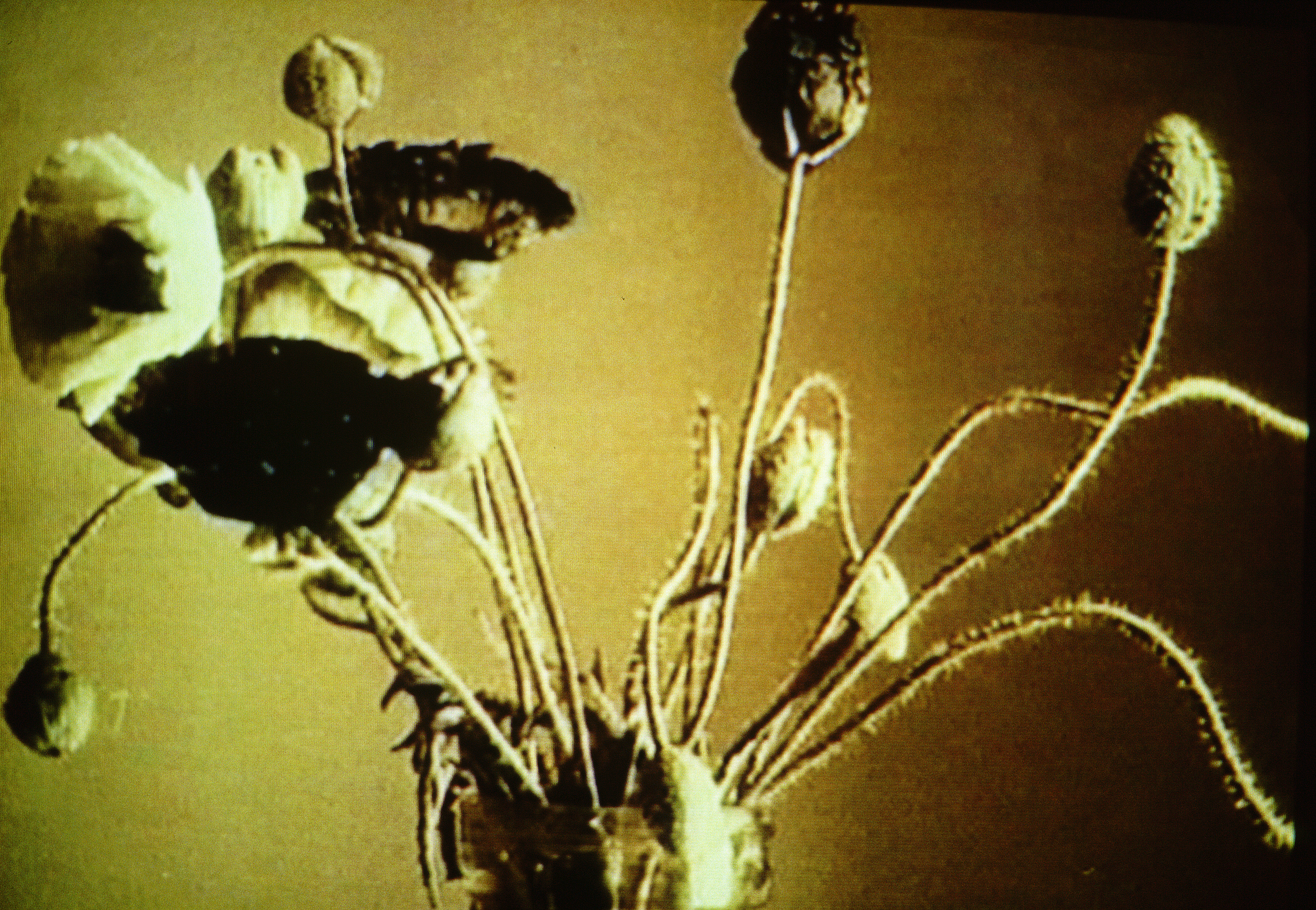 Born in Pekanbaru, Indonesia in 1966. Lives and works in Amsterdam, the Netherlands.
Born to a Chinese father and an Australian mother and raised in Australia. Moved to the Netherlands in 1988. Studied at the Royal Academy of Visual Arts in Amsterdam. Since attracting attention in 1997 with a documentary film tracing her own genealogy scattered around the world, has continued to produce mainly filmic works. Often weaves fragments of old documentary films, text, and footage Tan’s herself has shot into her works, creating new narratives and a filmic language of her own. 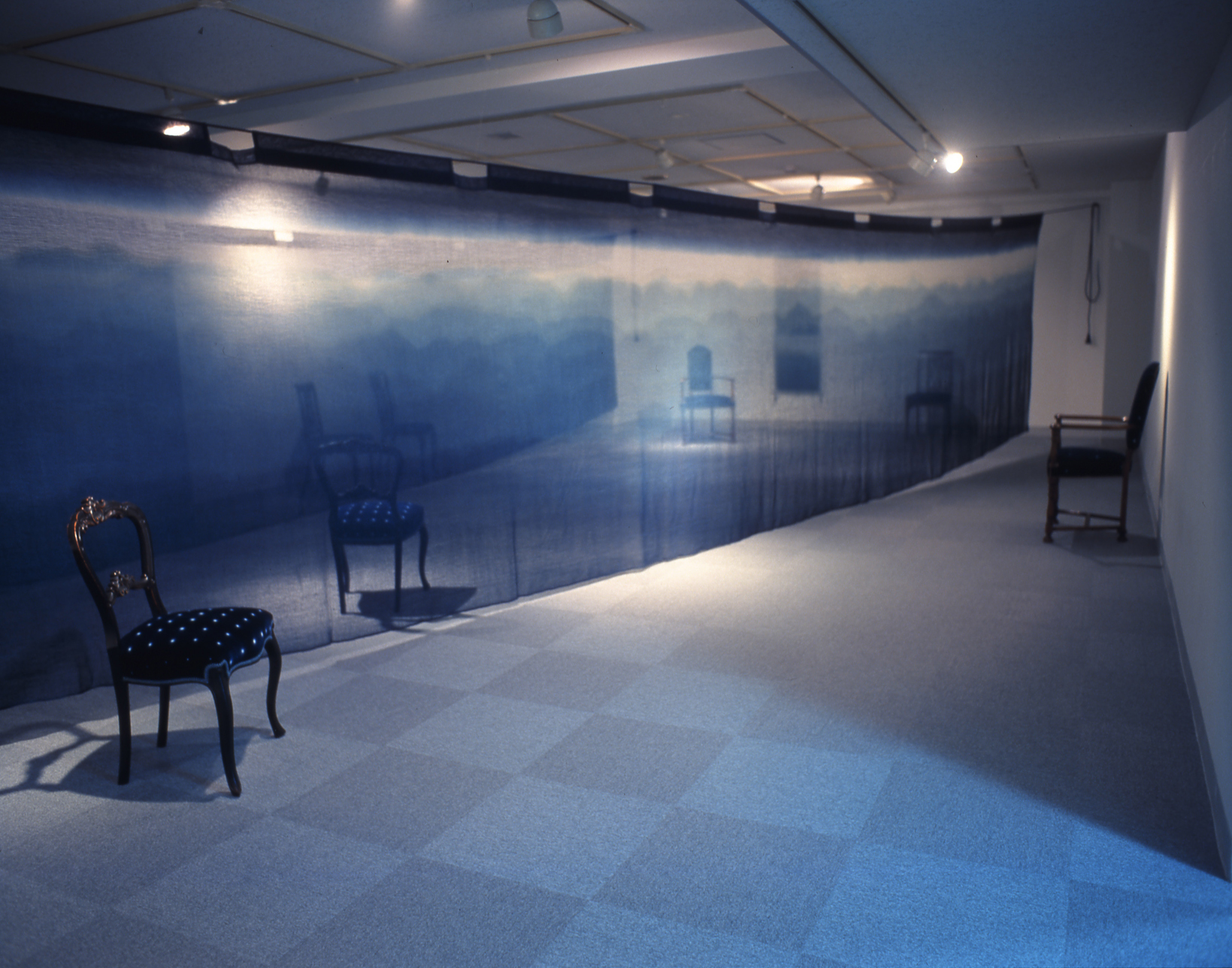 Born in Osaka, Japan in 1945. Lives and works in Kyoto.
After graduating from Western-style painting course at Kyoto City College of Fine Art (Now Kyoto City University of Arts), Fukumoto was involved in an academic research into the ethnic art of Papua New Guinea, and became interested in Japanese traditional art. On returning to Japan, she worked at the Tatsumura Textile Co., Research Institute and was introduced to indigo dyeing. She taught herself about indigo, and through practicing the dyeing processes, she gradually discovered her own course. She mainly uses indigo tie-dye technique, and usually keeps the design in simple gradation. Fukumoto has created numerous space and artworks that are closely related to Japanese Noh Theater and the tea ceremony, for example. 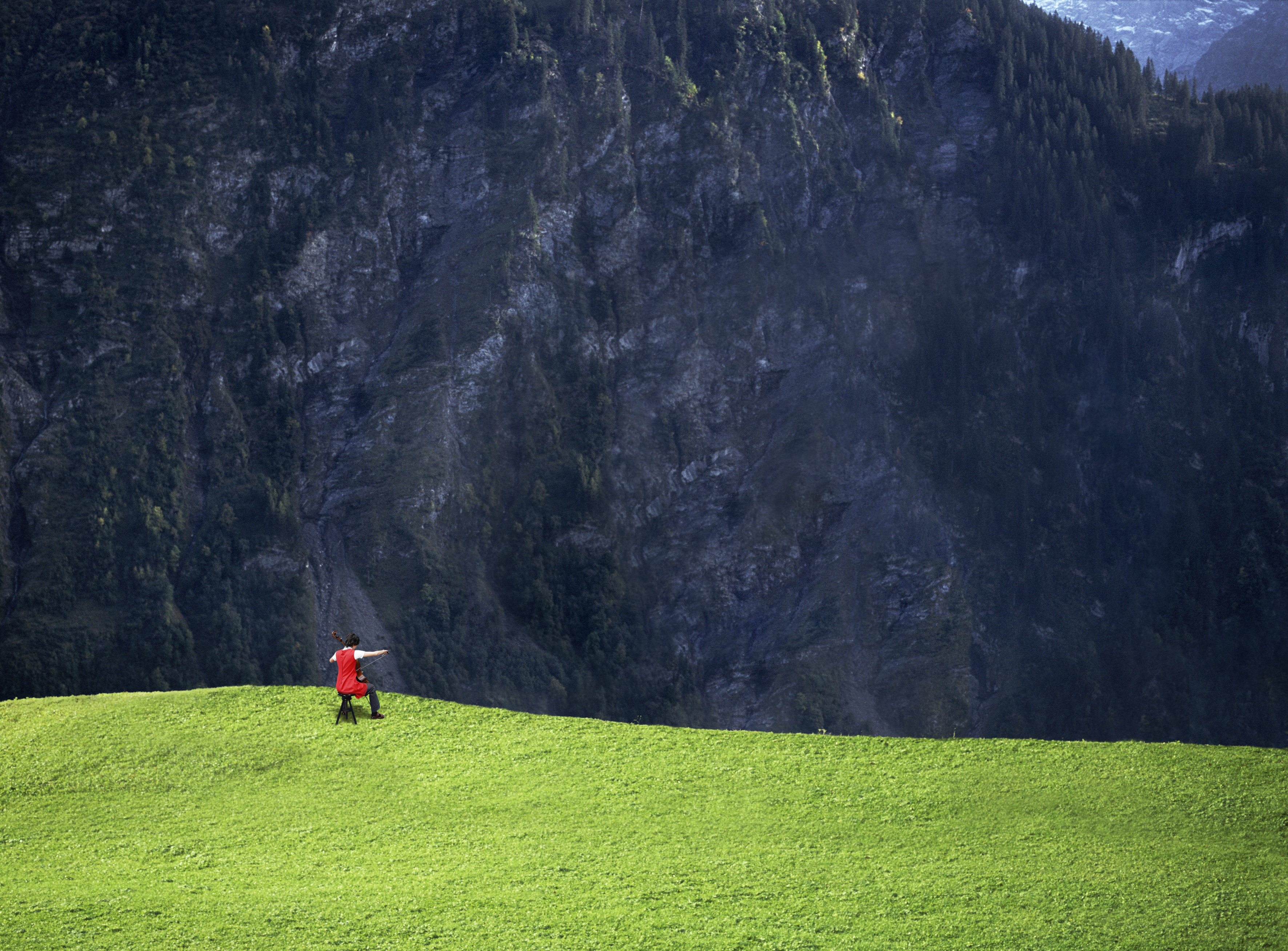 Born in Luxembourg in 1973. Lives and works in Luxembourg and Paris, France.
Tse Su-Mei has lived with music since childhood. The diverse world of artwork she has created is based on the connecting and blending of many elements at the core of musical performance such as the body, sound, technique, and self. Musical elements appear directly in film works, and there is an emphasis on worlds or forms created by fusing materials, self, technique, and subject matter in handmade works that take the form of sculpture or installation. In recent years, she has extended this approach to a greater variety of creative activities, including outdoor sculpture in public places. 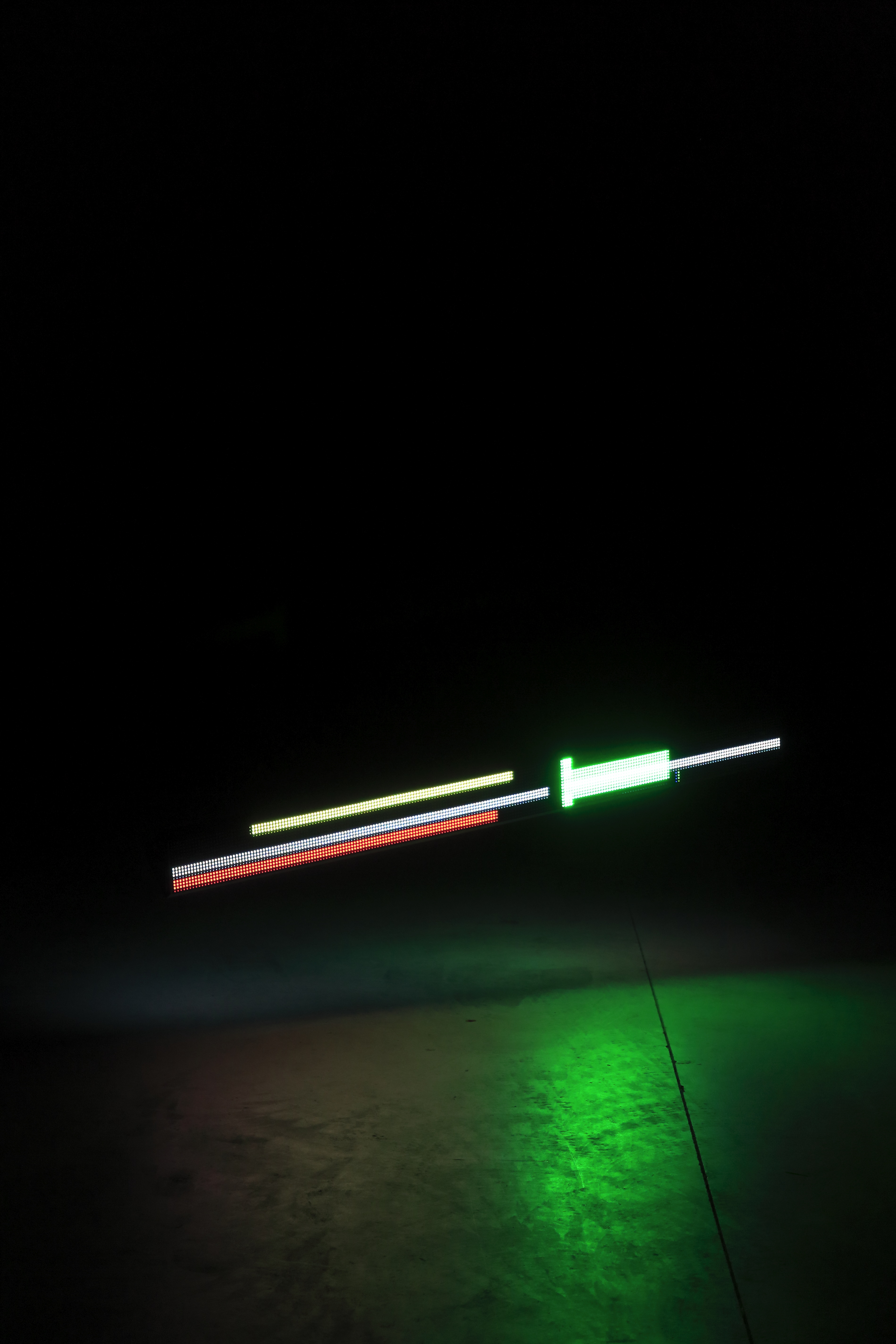 Born in Zhejiang, China in 1980. Lives and works in Beijing.
Chen Wei is one of the leading artists of China’s “post-80” generation born after the one-child and economic-reform policies. Using mainly photography as his medium, he exposes the gap between the fantasy and reality of Chinese society created by its dramatic economic growth and unprecedented property investment boom and questions anew in an objective and incisive manner individuals’ views of society and the relationship between the world and the individual. 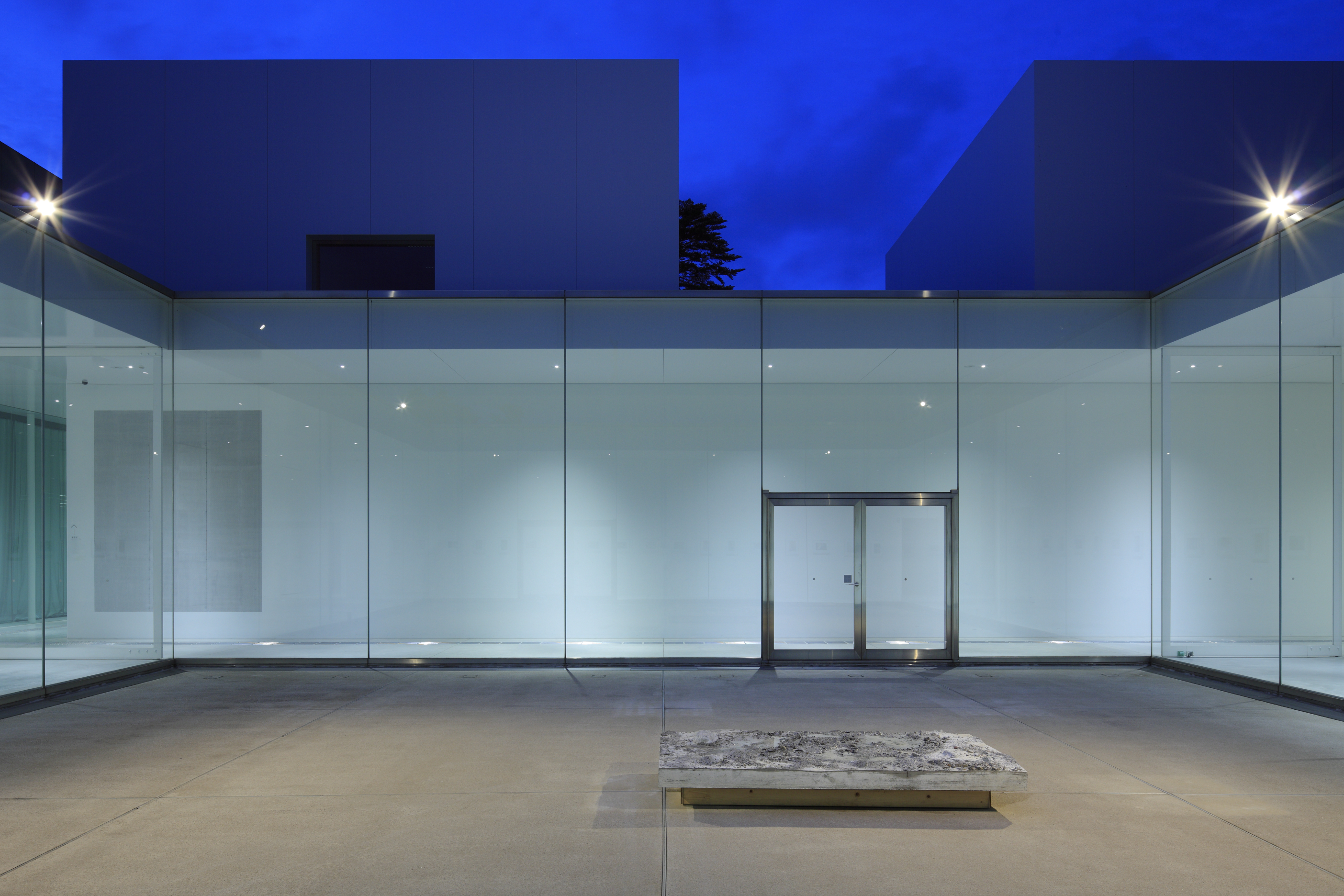 Peter Fischli: Born in Zurich, Switzerland in 1952. Lives and works there.
David Weiss: Born in Zurich in 1946. Died there in 2012.
In 1979, Peter Fischli and David Weiss presented “Sausage Photographs,” a series using sundry small items to reproduce everyday scenarios. Thereafter, the artists demonstrated an extraordinarily flexible command of various media, directing an earnest gaze at familiar scenes and objects and relying on both meticulous planning and randomness to highlight differences in meaning and diversity in interpretation. Endowed with a punk attitude arising from their rebellion against the ruling structure at a time when the art world was dominated by concept-driven movements they expended vast amounts of time and energy on their work, while restricting themselves to the use of familiar materials and clear-cut mechanisms, ‘misusing’ their rightful purposes. Their works demonstrate symbolically a worldview based on engagement with the world in which everything is always relative, as they investigate and criticize stereotypes, and discover new values. 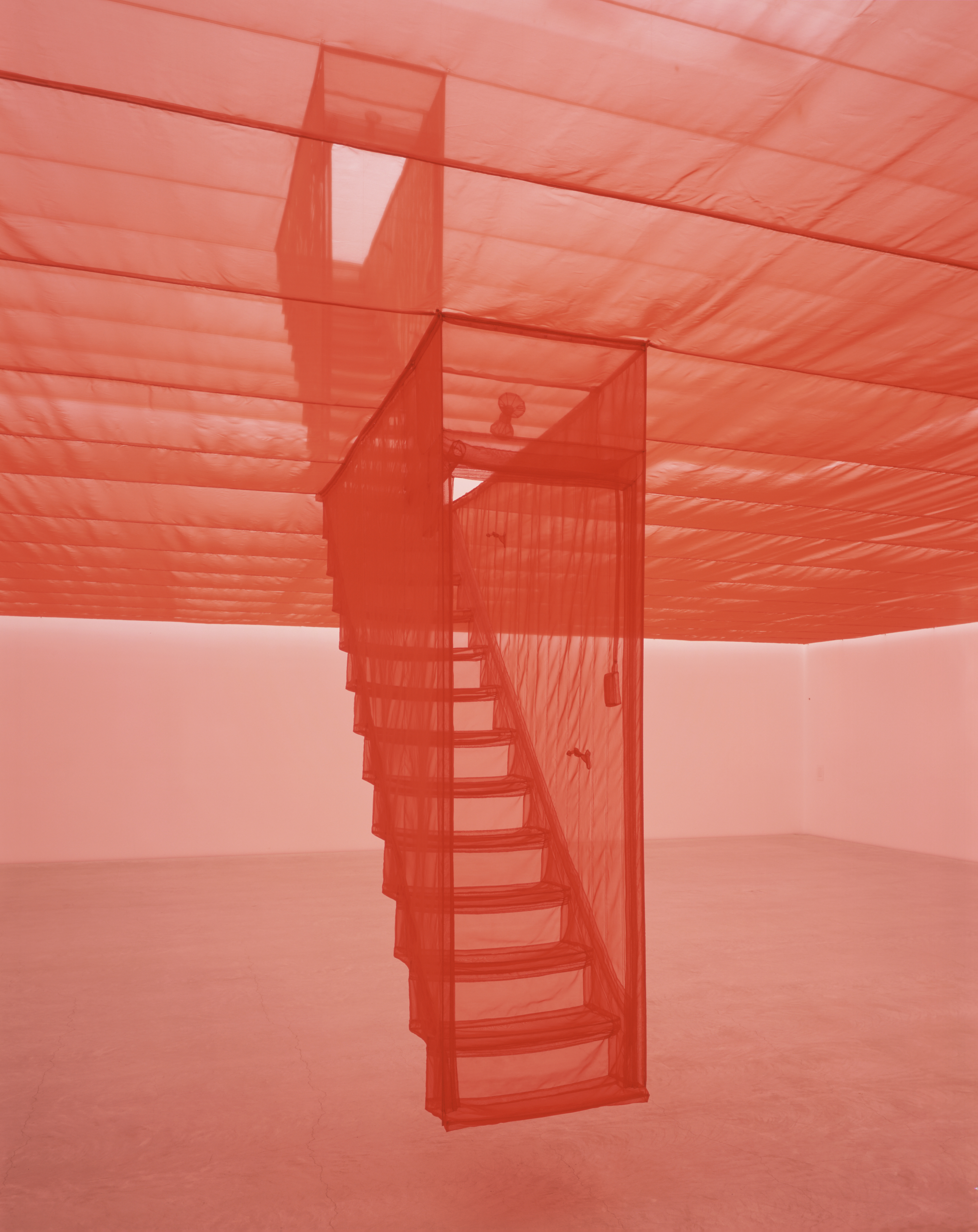 Born in Seoul, Korea in 1962. Lives and works in London, UK.
After studying Oriental Painting in Seoul, Suh Do Ho moved to the United States in 1991 to attend Rhode Island School of Design and then Yale University. His experiences of itinerancy are reflected in a series of work conceived in 1999, which recreate his former homes and studios, to scale, in translucent fabric. These portable houses dissolve borders and cultural differences and hint at a conceptualisation of space that is not fixed, but carried with us.