Only honest design can be recyclable. 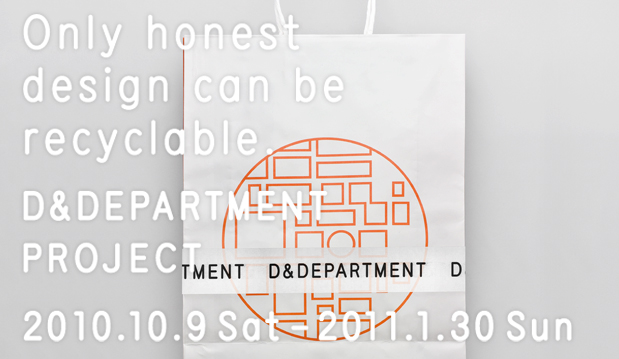 New designs are being generated continuously as the time change. Not only the products but also the designs of the products are being consumed in the lifecycle model of modern consumption which is heavily dependent on trends. D&DEPARTMENT PROJECT focuses on the fact that there are used “long-life designed” products which remain in society and is offering/practicing the recycling model, that is a way to recycle products at the scene of consumption. This recycle model includes the following steps. 1.Selecting the long life designed/second hand products and selling them, 2.repurchasing products from buyers and 3.resselling them to new consumers. Our aim is to present the idea that we can create a new market and avoid the disappearance of designs if there is a system where products can be sold a number of times and used over many years.

In this exhibition, D&DEPARTMENT PROJECT’s course of actions (choosing and purchasing “long life designs” that should be conserved over the years out of the products relinquished by the consumers) is divided into three parts and presented in three terms (exhibitions).

Kenmei Nagaoka’s statement can be seen from here.
Only honest design can be recyclable.

10.09 (Sat) - 11.14(Sun)
The controversial subject of our modern consuming cycle will be presented by exhibiting discarded products which can still be used.

11.16 (Tue) - 12.12 (Sun)
D&DEPARTMENT PROJECT will select products that should be conserved as “long life design products” and display them to exhibit the condition of these products before returning them to the hands of the consumers. In this way we can let visitors think about how such products can be used again.

12.14 (Tue) - 01.30 (Sun)
The aim of this exhibition is to create a market which will select long life designed products by modifying discarded products in order to alter them into “usable and appealing” products. Furthermore, our present modern consuming cycle system where products quickly become outdated will also be presented.

The project was started in 2000 in Setagaya, Tokyo by the designer Kenmei Nagaoka as a new business which combines “design” and “recycle.” The second store was opened in Minami Horie, Osaka in 2002. The same year, “60VISION,” a cross industrial joint project which gathered products and makers representing Japan’s craftsmanship started. The project is still continuing by coordinating twelve makers including Karimoku and Hokuriku Seika. Currently, “NIPPON PROJECT,” a project created with young local creators who represent the store infrastructure of purchasing “well-designed Japanese products” with fairness will be introduced to all prefectures in Japan in the future. At present, this project can be seen in Hokkaido, Shizuoka, Nagano and Kagoshima and is ready to be opened in several prefectures such as Tochigi and Okinawa. A guide book which introduces locations in Japan from the perspective of designing called “d design travel” has been published since 2009.
http://www.d-department.jp 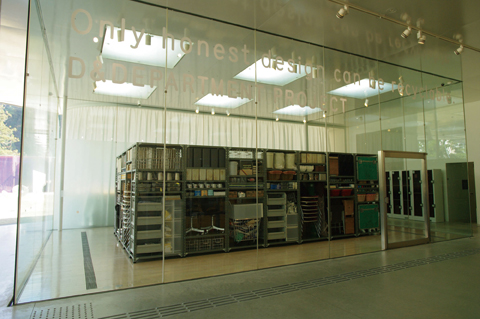 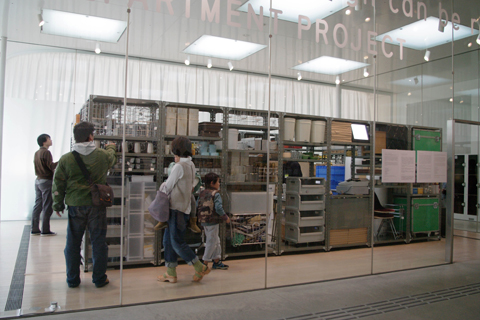