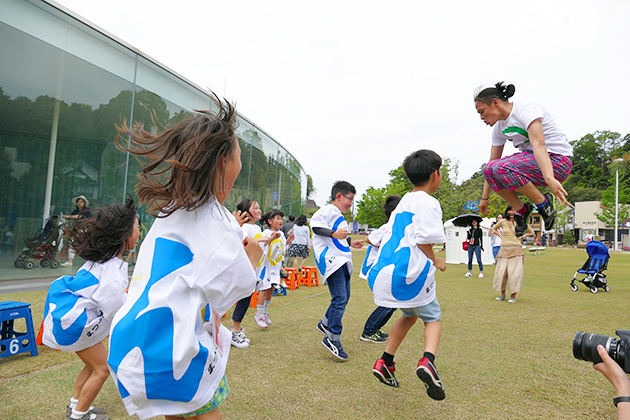 For a period, the entire art museum becomes an ARTS PLANET for enjoying arts of all kinds. Events and workshops are held in which children take a principal role. This year’s theme—“Adventures for Children!” Let’s go to the lawn plaza, project room, Theater 21, and Tea Room for encounters with the unknown in a game-like mood!